If you are from Assam and you do not have a Zubeen Garg’s song in your playlist, fellas, that’s next to impossible! He is a dear to all Assam people, a youth icon and a sensational singer, actor, director and music composer.

Zubeen Garg and his musical journey

Zubeen Garg is the son of Mohini Borthakur and Ily Borthakur and was born on 18 November 1971 in Dhupdhara, Assam. He was named after the music composer Zubin Mehta. Today, Zubeen Garg is considered as one of the best singers of Assam and is an idol to many youth.

He made a debut in the music profession with his album ‘Anamika’, released in 1962 which was a massive hit and a revolutionary start to his music career. He then moved to Mumbai in the late 1990s to work in the Bollywood music industry. He recorded few Hindi albums and films songs like ‘ChandniRaat’, ‘YuhiKabhi’, ‘Fiza’ and ‘kaante’. In 2003, he sang for many Bollywood films after that such as ‘Aanewala pal’ from the movie Plan, ‘Swapnesaare’ and ‘khwabonki’  from the movie ‘Mudda-The Issue’ , ‘Mango agar dil se tohKhuda’ from the movie ‘Chupke Se’ , ‘Holi re’ from the movie ‘Mumbai se Aiya Mera Dost’ and ‘Jo Pyar tumne’ from the movie ‘Jaal: The trap’.

His Bollywood journey reached on top with the film ‘Gangster’. The song ‘Ya Ali’ of ‘Gangster’ movie was one of the top hits of 2006 that bagged him the best playback singer Global Indian Film Awards (GIFA) in 2006 and that made him one of the best Assamese singers in Bollywood as well. His next album ‘Zindagi’ was released in 2007 which was highly appreciated by the audience and the music fraternity.

Zubeen Garg is famously known as Zubeen Da in Assam because of the respect and love he has earned by the youth of almost three decades. Zubeen Da is also known for his work in social cause and contributes a lot for the welfare of his home state, Assam. Zubeen Da runs a charity known as Kalaguru Artiste Foundation which donates money for various causes and treatment of ailments such as cancer. Zubeen Da was the main non-political figure of the Anti-CAA protest in Assam and also took a stand over the issue of corruption in APSC recruitment. His movie ‘Kanchanjangha’ is certainly based on the issue of the corruption and the problems faced due to it by the people of Assam.

His expertise in lights, camera, action!

Zubeen Garg has also played a huge role in the field of acting and he has been a part of some incredible movies that won some of the millennial awards. His first film was ‘Tumi Mur Mathu Mur’ released in the year 2000 which was directed by him.He also played the supporting role in ‘Dinobandhu’ released in 2004 which won the best Assamese Film in the 52nd National Film Awards. He played the lead role in ‘Mon Jai’ released in the year 2008, which won the best Assamese Film in the 56thNational Film Awards. His latest film ‘Mission China’ was the biggest hit in the Assam film industry.

In 2004, he also made a debut in the Bengali music industry and sung two songs in the movie ‘Mon’. He also was the music director of the Bengali film ‘ShudhuTumi’ and also sung three songs for the movie in the same year of 2004. In 2005 he sung ‘O bondhure’ and ‘LagenaBhalo’ in the film ‘Premi’. In 2008 he got a big break in the movies that shaped his career further to a new extend of achievements. The movies were ‘Mon Mane Na’, ‘Love story’,’Chirodini Tumi je Amar’ and ‘Golmaal’. His songs like ‘Mon mane Na’ from the movie ‘Mon Mane Na’, ‘Piya re Piya re’ from the movie ‘ChirodiniTumi je Amaar’, and ‘Mon jetechayshudhu’ from the movie Love story became very popular.

Zubeen Garg has collaborated with India’s finest music composers and musicians such as Pritam, Shankar-Ehsaan-Loy, Anand Raj Anand, Anu Malik, Sameer, Vishal-Shekhar, Himesh Reshammiya, Jeet Ganguli, A.R. Rahman and the list continues. He is truly one of the biggest sensations Assam is ever having in the field of music. He is genuinely a star singer that people admire of and look towards him as an idol. His contributions towards both Assam and Bollywood music industry have made him one of the most popular Assamese singers in Bollywood and one of the best singers of Assam undoubtedly. 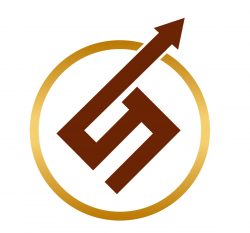