Life From God Is On Lease

Sometimes I’m scared thinking I will be left alone with a bottle of whiskey and money in the bank,
Thinking about the times when people tried to contact but I never could get connect,
I was just working alone learning from my failures.
I am just trying to find peace but realized this life is taken from God on lease.
I can’t be in debt,
I can’t be at low,
I can’t be mediocre,
I can’t drop my stake so low.
The only low in my life would be in front of the God when I take a bow.

I know I did a lot of mistakes,
I know I stay mix match,
Felt I’ve been mislead,
Life full of moments that’s stitched to me like thread.
Pull one out, everything falls apart,
I don’t wanna be another 9-1-1,
I always wanted to be someone’s,
But realized was I ever my own?
Put me into thoughts,
Running behind these thots,
Befriending all these bots,
They taking shots and I’m just drowning in shots.
I got caught up in between,
In between my pride and my ego,
In between all these lies and truth I wanted to stay away,
In between my happiness and their happiness,
In between who I was becoming and who I am suppose to be?
I was losing the battle thinking I won the war,
I was stuck in between thinking I came so far.
Inside I was a mess after a fucking WAR.

Been telling myself lie, telling I’ll do it great,
But deep inside I was scared doubting my faith,
Searched for love in places where there was no light,
Caught up in darkness, gave me comfort as I saw no sadness,
My fears building walls around told me we are keeping you safe and I agreed,
Fed me enough to exist in life but never taught me to fight to survive, but I kept saying everything’s alright.
My room became my Disney land,
My room became my pad,
My room became my safe space,
I was losing my state.
I was losing my grip,
Smoked up to feel back on the right trip,
Life turned into a dark skit.

Too many emotions got trapped in the bottle,
But it’s fucking see through and it cracked little bit, it seeped through,
The walls became a mansion and I never left while fears kept building, I felt okay very soon.
And these emotion wrapped me up like a cocoon,
Life felt too cold in summer
While words felt too hot in winter.
But tell you all I felt alone,
It was just me and my shadow each other We belong,
But when darkness came he was never to be seen again,
I was left all alone again searching for a dock while my fears were chasing me down like dogs,

I’m lost in my thoughts who I used to be,
Met people from the past again thinking they would have changed but,
A lot of them so back, just realized put them in #THROWBACK,
Life ain’t going back,
Cleaning up my backpack,
Sat for too long in the back.
A notepad and pen is all I need to create a heat and make it a hit, blow the roof of the stage and your mind like grenade strap to your head,
I ain’t no more feeling sad,
It’s good to be scared with the reality then calm down with a lie,
So many of you gonna die,
So many of you fucking still lie,
So many of you still don’t wanna try,
I don’t give a fuck much what I write,
Stepping up my game,
Painting pictures with words to put it in a frame,
Sometimes I’m scared thinking I will be left alone and run out of sheets to pen down my emotions and money in the bank that I will not give a fuck much where I will spend.
Goddamn! Life’s a property taken from God on lease.. 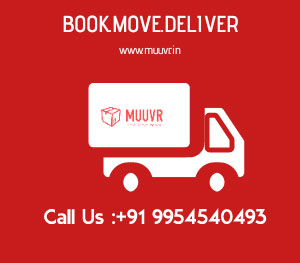 Northeast India Cuisine and Some Must Try Dishes

Bhoot jolokiya, kazi nemu, bambooshoot, pork, rice beer, river fishes, snails, silk worms and what not! The Northeast India cuisine is one of the most ... Read More

Love Quotes: What That Butterfly in Your Stomach Says!

Love! That word itself brings a tingle in your stomach just like that butterfly in the flower. Why is it so hard to create our ... Read More

What is in the devil's den Well the answer to this question will never end Looking up to the memories as time passes by Yet ... Read More

In an era of crypto currencies and cashless transactions, there still exists a tradition where exchange of goods for goods comes live! Known for being ... Read More

Minimalist Fashion: Style Up On A Budget

What is minimalism if you ask? The Oxford Dictionary defines it as – a style of art, music or design that uses very simple ideas ... Read More