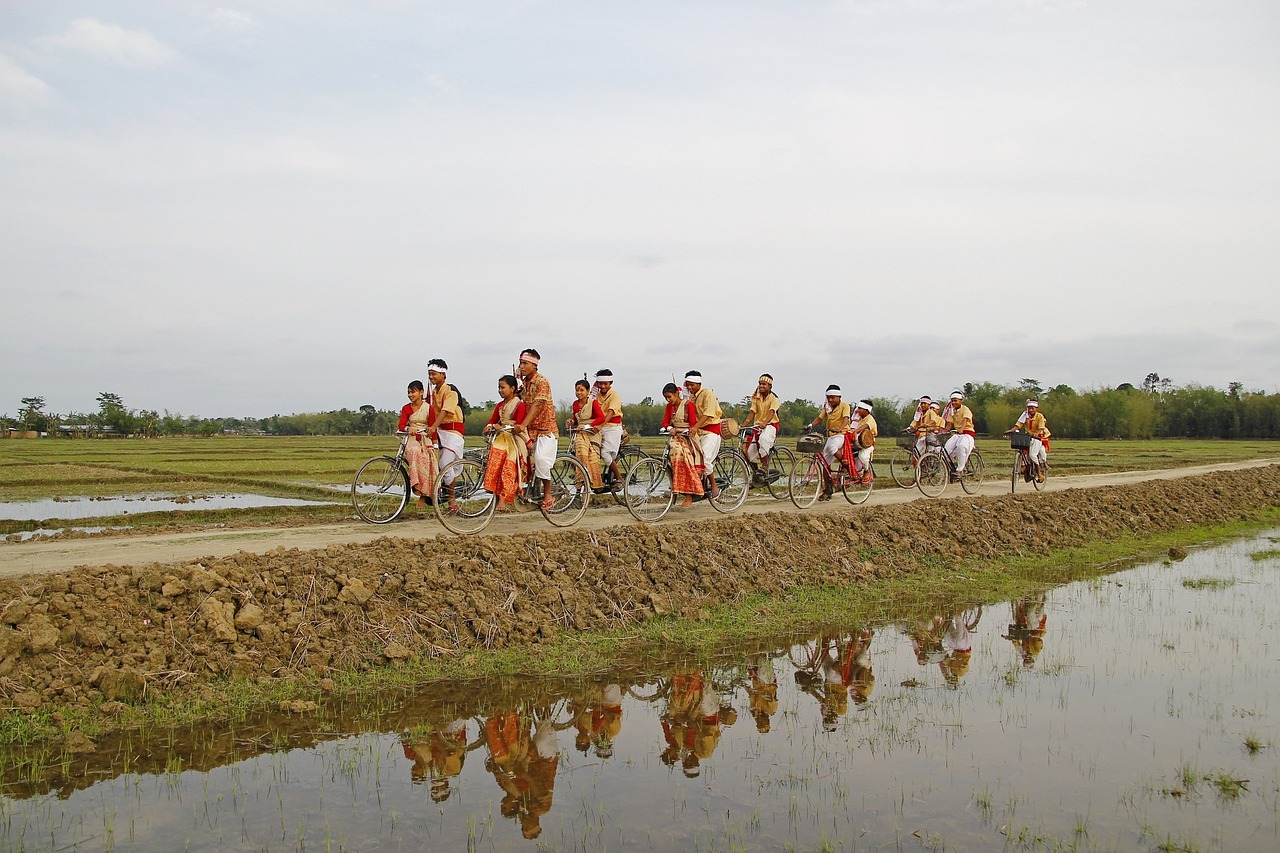 Bihu is not just an Assamese folk festival but also an emotion. Although it is celebrated thrice a year, the merriment and excitement never fade for the Assamese. The air sounds melodious and smells divine every time Bihu season is in. Some of the ancient beliefs and traditions emerge into something that makes this festival a pretty special one. As we know that traditions are the little things that bind together a community and we will be sharing some of these (which are believed to be true) with you in this article.

The originality of Bihu

If we start tracing back to the day when it was first celebrated in history then it was first traced in the copperplate inscription of the Chutiya Kingdom under King Lakshminarayan that belonged from the year 1401 A.D. The inscription mentioned that King Lakshminarayan has donated land to the Brahmins on the occasion of ‘Bihu’. It was written as –

The three Bihus of Assam

Now Bohag / Bhogali Bihu is the celebration of Assamese New Year and falls during the period of April (14-15th). The celebration of Bohag Bihu starts from the day when Rati Bihu ends which is also known as Uruka. Here is a very interesting tradition attached to Uruka. On this night it is believed that the temple dancers known as Deodhani danced all night until the Goddess Kolimoti possessed their bodies denoting that she has landed on earth from heaven (Bihu Nomai Ona). The next day which is known as Goru Bihu is celebrated by doing some of the cattle rites and then at night different groups of people danced in Thans(Temples which are now replaced by Namghars) where it is believed that animal sacrifice took place. After all the rituals, the groups would visit each other’s houses and sing Husori, a song. This Bihu is also regarded in a much later period as the Bihu of love and romance since all the youngsters would dress up in these amazing traditional attire and dances with each other in Bihu Folk Songs and falls in love.

The second one  of the year which is known as Kati/Kongali Bihu is a one-day Bihu but with great meanings attached to the traditions. The name Kati denotes the month and Kongali means tasteless since the weather remains dry (mid-October). During this time the crops are luscious and storehouses are almost empty to protect the fields from insects and pests etc. earlier people used to light up earthen lamps all around the field to attract and kill them. Apart from the field, the earthen lamps are also lit underneath the Tulsi Plant, the Storehouse, and the paddy fields. An interesting tradition followed during this occasion is also to make evil spirits and pesticides fly away by rowa-khowa chants. Akaxhbonti (Sky Lamp) is also lit in an ethnic way i.e a bamboo pole is a stick to the ground and an earthen lamp is put on top of it.

Magh/Bhogali Bihu/Maghar Domahi is the third in the number and comes in the winter season post-harvest. This festival is the one where the God of Fire(bonfire ceremony) is paid devotion to and to mark success as well as bliss for a bountiful harvest( feasts ceremony). This festival was actually an outcome of two communities which were – Tibeto-Burman and Indo-Aryans(and don’t you think it’s kind of a blessing though that this festival was developed)? In earlier times, this festival would last an entire month unlike the modern era when it is only celebrated for 2 days( Uruka and Magh Bihu). The showstopper of this occasion would be the Bhelaghor(a hut made from thatch and hay) and the Rice-based sweets and cakes. During the night of Uruka people would build themselves a Bhelaghor in the middle of the field and make delicious rice cakes and other sort of food such as rice wine(undistilled) to celebrate their harvest. The next morning they would wear new clothes and eat all the food that we made in breakfast. The breakfast becomes a highlight with sira,doi,laru pitha etc.

Someday you must if you haven’t enjoy this happy festival in Assam to understand it more and let it be soaked into your soul ever.