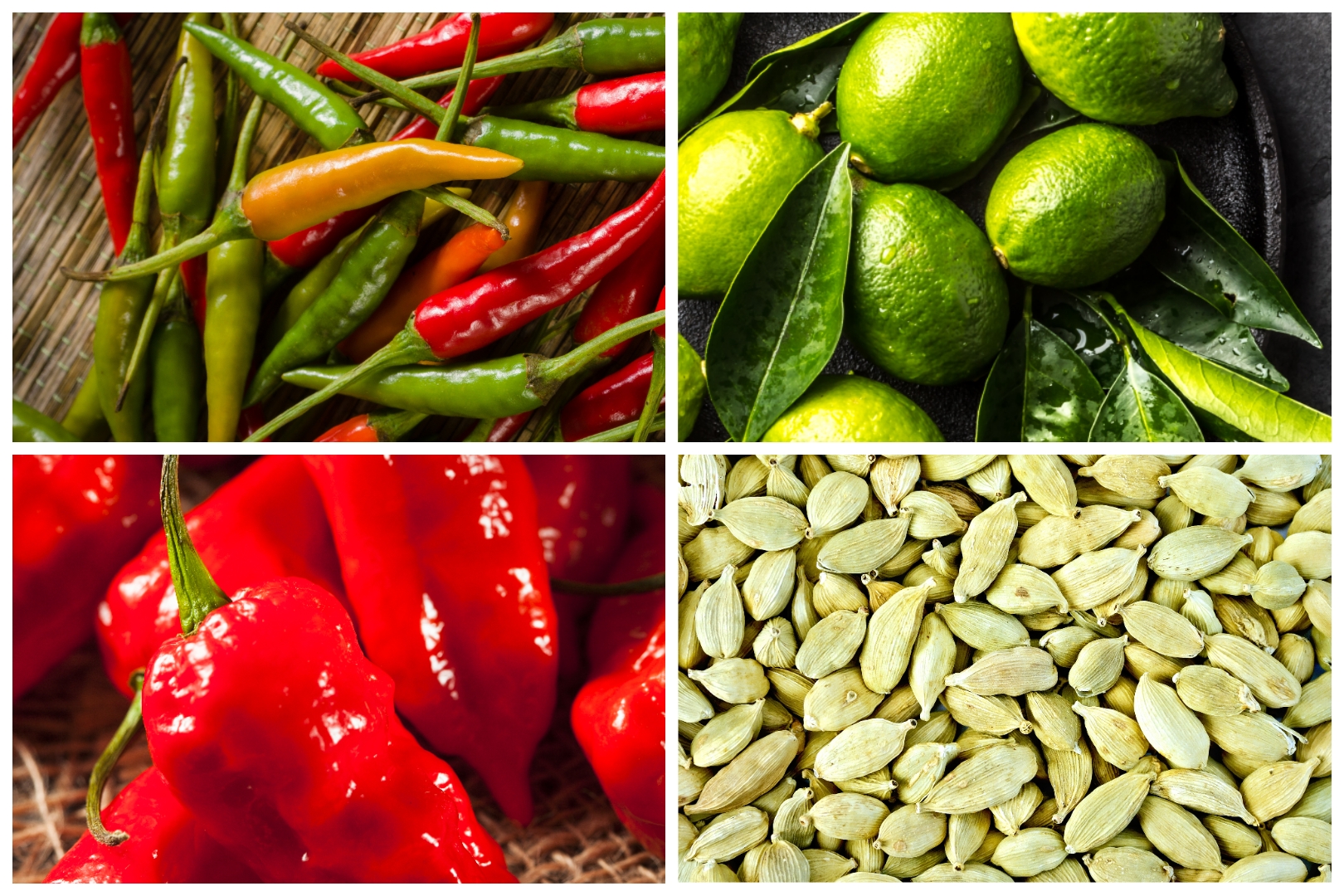 What did you ask the first time you saw /tasted some of the unique fruits like Dragon fruit , Kiwi or the Ghost Chilly – Where did it come from ?

Yes, this is exactly what a Geographical Identification or GI tag gives to a product. GI tagging signifies a product’s original location and enables a community or production, the intellectual property rights of owning the product thereby ensuring legal protection as well as exposure to farming community’s reach.  GI is initially registered for a period of 10 yrs which can be renewed from time to time.

Northeast with its rich natural diversity is home to many fruits, vegetables, orchids, plants and medicinal plants. While many knows North East only for producing Ghost Chilies and Muga Silk , the list of these unique products is long and interesting . In recent time, it has gained a lot of attention and as many as 12 fruits and vegetables have been added to the GI tagged list. Some of these known to all in many colloquial names are as follows:

Naga Mircha (Naga Chilli) is a spice uncommon to very few in the world. Known for its spiciest taste and distinctive pungency, Naga Mircha is one of 3 GI tagged from Nagaland and the most famous one. Ghost Pepper was rated the hottest chilly in the world by Guinness book in 2007, 400 times hotter than Tabasco sauce. Ghost Chilli plants are 45 to 120 cms in length and ripe chillies ranges upto 85mm in length and 30mm in width with red, yellow, green and brownish colors. Naga Mircha has a lot of medicinal benefits including respiratory and stomach ailments. Farming of Ghost Chilli has been on the rise recently as ghost chilli is increasingly used as a delicacy across world including packaged consumer food. So do try bhoot jolokia from Nagaland if you are a spice lover.

A very popular and established fruit, Naga Tree tomato got its GI tag in April 2014- March 2015. The egg-shaped fruit has been a part of Nagaland’s tradition since ages and it’s the most profitable fruits to grow in this region because of its soaring demand. This fruit grows mostly in moist sub-tropical climate with high rainfall. Each tree is typically5mtrs tall bearing fruits upto 4-6cmsfrom yellow to red color in clusters. Naga tomatoes are sweet in taste and rich in fiber, vitamins and proteins. Known for their medicinal benefits, Naga tomatoes are increasingly getting attention as growing them needs relatively less maintenance and yields good returns.

These very distinguished oranges cultivated in Wakro of Arunachal Pradesh have grown interests from across the world. Known for big size and high juice content, these oranges are harvested in December and sold across the world. Visitors to Wakro can see the signs across the streets mentioning it as the Country of Oranges. Over the last 20 years, orange cultivation has grown high on a commercial and has impacted lives of many Mishmis (one of the indigenous tribes) in Wakro. If you are tempted to visit Arunachal and hand pick those Oranges, do remember there is also world famous ORANGE festival that happens in Dambukin the month of December celebrating music and food.

Sikkim Cardamom is one of the main cash crops grown along the Himalayan belt of Sikkim and Darjeeling.  Large cardamom from Sikkim has unique taste and is a widely consumed spice globally. In Sikkim, the spice is mainly grown organically and cultivated around May to July. The fruit is round or oval, capsule with reddish brown color. It contains small amount of essential oils which adds to its medicinal value.

Mizo Chilli or Bird Eye Chilli is one of the most common ingredients of Mizo cuisine. Characterized by its hot taste and highly pungent odor, these small oval shaped dark red fruits are grown organically in Jhum land with abundant potash in soil (this also contributes to red color). Government in recent times has put up a lot of efforts in popularizing this chilli in various other forms including chili powder, chili paste and pickle through various self help groups across Mizoram villages. This chili is also used as pesticides to reduce weeds. Traditionally they are burnt with crops to reduce weed growth and increase the availability of certain plant nutrients. So next time you get a handful of these chilies, try mixing with some smoked potato & onion, commonly known as pitika.

Ginger is among the top 5 exported spices from India and it find its value in the market in various forms including raw ginger, paste, powder, oil , candy , wine and flakes. North east is home to this crop for years, thanks to the unique geographical advantage and abundant rain throughout. Karbi Anglong ginger has been rated one of the best in world and more than 10 thousand farmers are involved in plantation of this ginger variety. The two most common varieties available here are– Nadia and Aizol are chiefly differentiated by fibre content Nadia with high fibre and Aizol with little or no fibre.

Tripura’s very famous Golden colored spiny fruit – Queen Pineapple got it GI recognition in 2015. Known for its unique sweet taste and aroma, this breed of pineapple has been a temptation within north east for years. At present more than 4000 farmers are said to engage in cultivating this breed of pineapple which is a part of 128,000 tons of overall produce from the state.

On average, Queen Pineapple grows from 600gms to 1.2Kg in size. Tripura Govt is currently providing special attention towards globalizing its reach. A new tag and special box has been developed with NID Gujarat to make this product more unique to maintain highest standards of quality.

Lychee or Litchi is the most delightful summer fruit in India. Grown mostly in Litchu Pukhuri and  Porowa village of Sonitpur district of Assam, Tezpur litchi is famous for itsattractive color and uniquely sweet & juicy pulp .This type of litchi is harvested in the month of May -June every year. It typically takes 5-6 years for bearing fruits. Some of the Litchi varieties suitable for Sonitpur are Bombaya, Bilaity, Shahi & Elaichi.

Boka Chaul – an indigenous variety of rice from Assam is known for its unique zero-cooking identity. Boka Chaul unlike other varieties of rice don’t need to be cooked in a pressure cooker or be steamed but instead just soaked in rice for a few hours. This is a winter rice and grown mostly in lower Assam districts of Goalpara, Nalbari and Borpeta. Boka Chaul is a part of Assamese traditional delicacies and mostly served as Jalpan mixed with cream/ curd (Doi) and jaggery. It is known for its nutritious value and consumed during summer a lot due to its cooling effect.  Known for its use since ages by Ahom soldiers, Boka saul produces a strong supplement for soldiers/travelers in high altitude and as a disaster relief material.

Kachai Lemon has got its name from its origin in Kachai village of Ukhrul District in Manipur. Blessed with a sub-tropical climate, the place is ideal for growing this unique lemon variety. This thinly populated village has almost all its population engaged in production of Kachai Lemon. Kachai Village alone produces more than 50% of total lemon production of Manipur. Kachai lemons are yellow in color, spheroid in shape and its weight ranges from 70 to 100 g. Uniqueness of this fruit lies in  its  high content of Ascorbic  Acid (around 46-51mg/1000 ml) which is highest among the citrus fruits in this category. Kachai Lemon festival is celebrated in the 2nd week of January to mark the start of its harvest. This is gaining popularity of this lemon in the market and attaining a premium.

While this list is long and there are many more in the queue getting to be added, we hope this list does tickle your taste buds to try some of these.