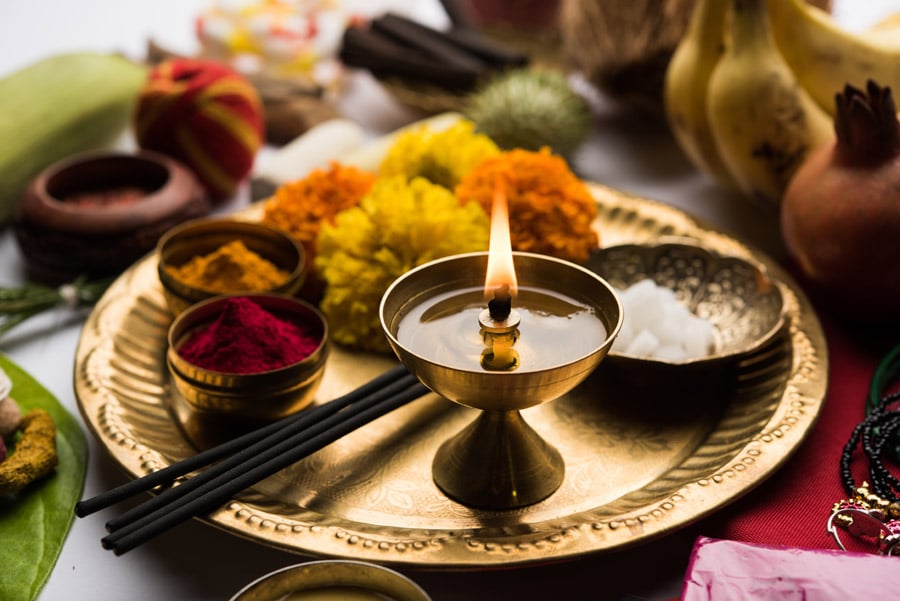 India is a place of richness both in culture and tradition. Traditions are so attached to the people inhabiting here that you will have nothing but wonder and ask yourself a question – “Are there any scientific reasons behind popular Indian traditions?” When such questions arise the answer to it is a certain yes!

1.  Namaskar: India has this exceptional way of greeting people when they meet each other by joining hands which is known as Namaskar or Namaste. This way of greeting was widely praised by the world during this pandemic when people couldn’t shake hands and instead did a Namaskar.

Now this has a very interesting science attached to it. Joining palms together will make you connect to the points of eyes, ears and mind by the tips of the fingers which help in activating the pressure points that directly helps in memorizing the person one meets.

2.  Tika or Kumkum: A personal favourite and great ornament to a woman’s face that can be applied would be a Tika or a Kumkum. Not only it represents a great tradition and ethnicity but also has a significant cause attached to it. Did you know that when put a tika in between our eyebrows it helps one to keep their energy intact and also have your concentration level at its best? Yes, there is always since behind Hindu traditions which is why we Indians tend to follow them deliberately.

Also, while applying kum-kum when your eyebrow mid-region is pressed that helps in circulating blood all through the body. So now you do know the importance of putting on Kumkum.

3. Touching one’s feet: The famous tradition of touching feet of all the elders is very common in Indian culture.  If you are from India and there is a big family gathering, you will often hear your parents say that touch your elderly’s feet as a gesture of respect(shraddha) and the elderly’s positivity towards the young ones(karuna) blooms but does it end there or has something more to it?

There are nerves that are connected from the brain to the entire body and when we touch feet or hands of other people the energy of both the bodies are connected instantly which creates a lasting effect on both of them.

4. Applying Sindoor (Vermillion): While we are continuing our list of scientific reasons behind Hindu religions, it is imperative that we do not forget the very pride of an Indian married woman – Sindoor. Yes! One of the most beautiful yet exceptional things that people from India has is the wearing of sindoor. The reason being it has certain properties in it that helps in controlling the blood pressure and also helps in inducing the sexual drive in a lady. The vermillion is made using mercury and turmeric.

5. Visiting Temples:  Little does people know that temples are located at places with a specific reason attached to. The temples in India are built in areas where the south and North Pole’s wave distribution brings a strong magnetic energy into the area. The place where the main idol is placed also has a significant role. You cannot just put an idol anywhere in a temple and that place has the highest wave distribution among all other places. Hence, when you are in a temple you are letting abundant positive energy get inside your mind and body. Now when you think about it Indian culture isn’t formed just for sake but has a lot of meaning in it.

These are just few among many that has caught our eyes but if we start there is a never-ending line going on and the facts behind them will leave you startle and make you fall in India and its traditions even more.