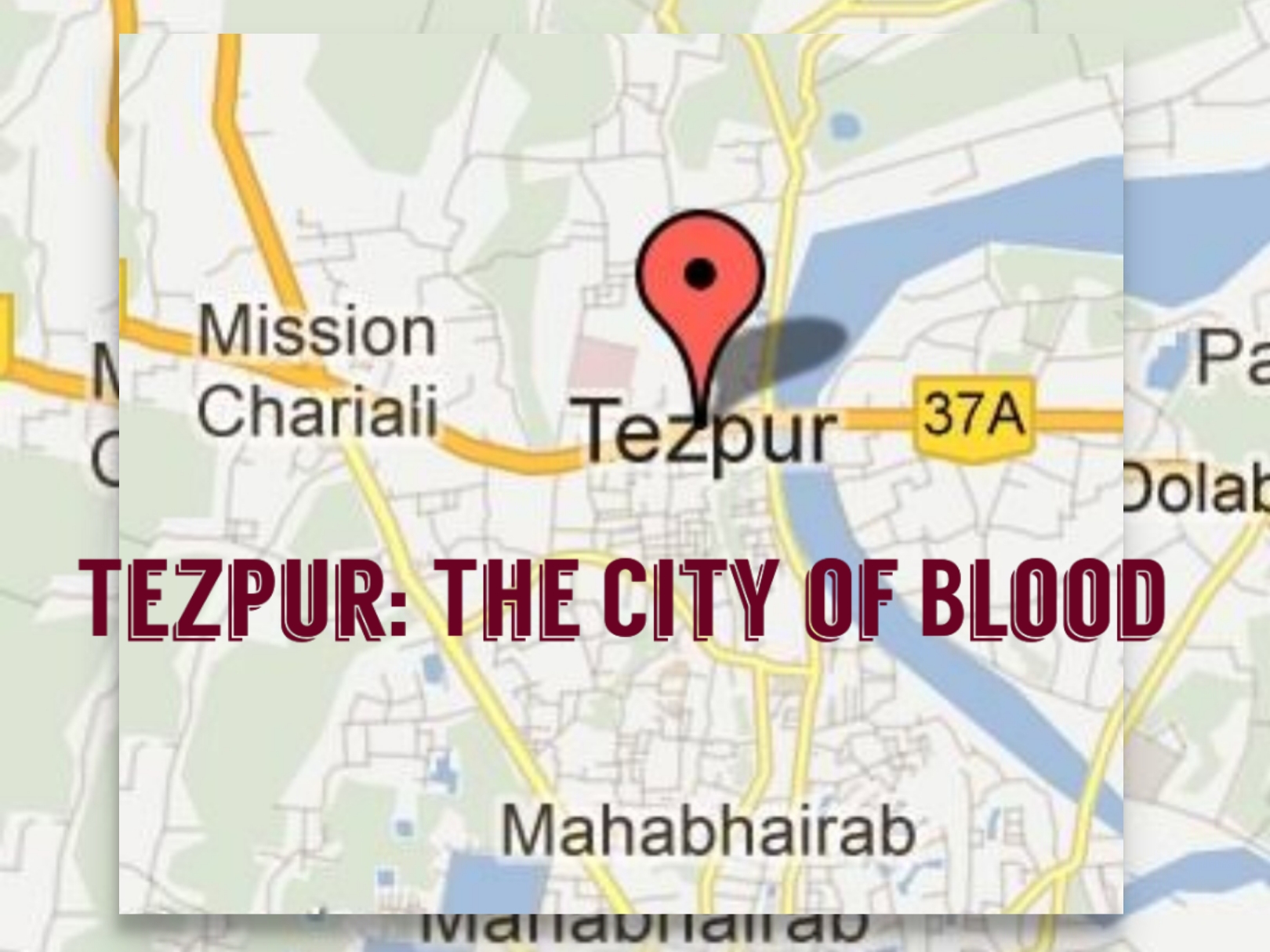 Tezpur : The City Of Blood

Tezpur located in Assam is also known as “The City of Bloods” because of a very beautiful story behind. This city is loved by everyone because of its history and the beauty it beholds.

The city of bloods! How it got its name? There is love story that goes like this…

Usha and Anirudha are the ones who got enticed in a romantic legend and gave this charming name to the Tezpur city. Once upon a time ( as most the tales starts) there was this Asura(Monster) named Banasura who had a lovely daughter named Usha. Usha was befriending with another beauty named Chitralekha and she was one of the artists whose name is still astounded in Tezpur history as well as in ancient India.

One fine night Usha dreamt about a handsome man with whom she fell in love with. The next morning she explained her dream man to Chitralekha. Without further ado Chitralekha started painting the man of Usha’s dream as per her description and after the painting was completed she found out that the man was recognizable to her.

The portrait painted by Chitralekha was of Aniruddha who was the grandson of our Lord Krishna and was also the ruler of Dwarka. Looking at how Usha was head over heels with Aniruddha, her friend used her magical powers to bring Aniruddha to Usha’s boudoir where both of them got married off with nothing but love(according to the Gandharva rites) .

But, as we all are anticipating the story to be, Banasura was ignorant of the marriage and when he came to the knowledge of it, he imprisoned Aniruddha(grandson of Lord Krishna) which led to a battle between them. Lord Krishna came to rescue him and there was this huge fleet of Asuras waiting to defend Banasura’s act which led to nothing but a battle. In that battle the city got drenched in blood and then on, the name – The city of bloods came into being.

A love story that made a city drenched in blood. This is one of the reason as to why Tezpur is famous. People are always drawn towards tales of the ancient’s. Tezpur is located on the bank of Brahmaputra and is also famous for these places-

Mahabhairab Temple: This temple is believed to be brought into existence by Banasura where he put a Shiv Linga into it. Once you visit here, you can sense the power this temple possesses. It has this unbelievable energy that gives you a sense of believe in yourself to pray well and get them listened to.

Chitralekha Udyan (Cole Park): One of the eye-catching tourist spot in Tezpur established by the British in 1906 is this Cole Park. A must visit place this is.

Agnigarh : As the story being told, Agnigarh is related to the raging romance of Usha and Aniruddha. This is hillock at the bank of the mighty river Brahmaputra . Usha the daughter of Banasura was kept on this hillock which was surrounded by fire for which it got its name as Agnigarh. Another must visit related to Tezpur history.

Although  there are many more to be added but we have given you the best 3 places that no matter what you shouldn’t miss out. The City of Bloods has its own heritage and has approximate 1lakh of population in it according to the 2011 census. It’s a small city that represents a great love story of all time. Though blood was she, it proves that the love was worth it to fight for.