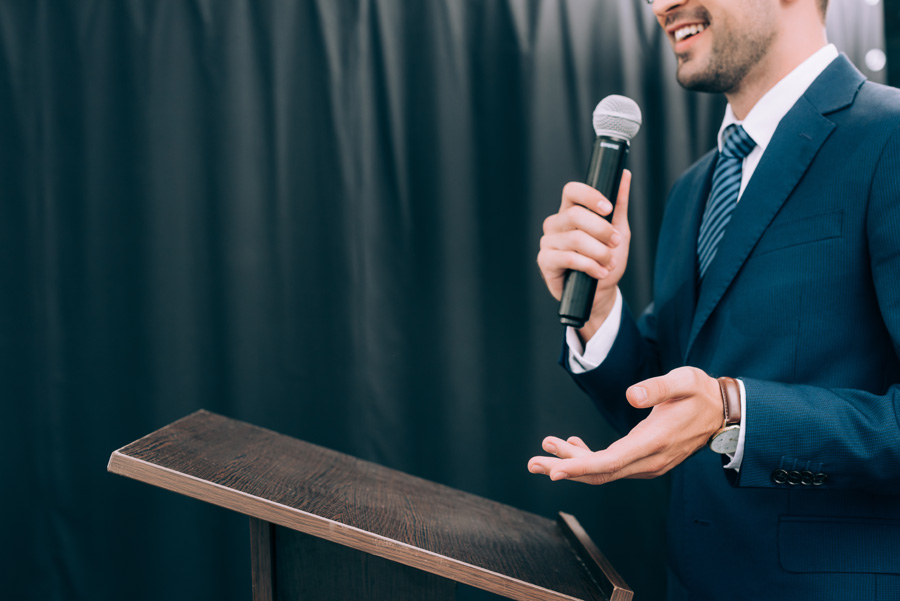 The Best Motivational Speakers in India

What is Motivation to you? Is it something that makes you get up from the bed in the morning? Or that push you give yourself everyday to start off with a cup of coffee. It might be the smallest of things but keeping yourself motivated has become a challenge and here we are bringing you some of the best motivational speakers in India. They are not only the ones who have made it on our TOP 5 list but also the media people speak  of them very highly because of the impact they have made.

Who has made it to the Number 1?

Dr.Deepak Chopra – He has made it to the top 5 and number 1 because of his exceptional deliveries at motivational speaking sessions. He belonged from Doctor Community and was renowned as one both in India as well as the US but then his mind was stuck in spirituality. He started off his journey by writing off some books and then also taking part in Transcendental Meditation. Some of the world famous celebrities have also taken his name to talk about his great work in the field of motivational speakers.

Do we know the Second one in the list?

Dr. Vivek Bindra – He is one of the best motivational speakers in India apart from being an Entrepreneur and business coach. His speeches have given him an 11 million subscribers on YouTube followed by around 10 motivational books that he has written are highly influential and well appreciated in the society. If you haven’t heard any of his speeches maybe now is the time to do it.

Here comes the Third one! Isn’t it?

Yogesh Chabria– A young boy who started off by selling toys and now is part of the best motivational speakers is Yogesh Chabria! He is the founder of ‘The Happionaire Way’. He as an entrepreneur shares his own experiences to induce people in knowing that anyone can become a person who she/he deserves to be but only through hard work and grinding. On a spiritual level, he took interest in Transcendental Meditation and also a member of Chicken Soup for the Soul. If you are looking for true motivation he is one of them you can look forward to.

The Fourth is one of our favourites!!

Priya Kumar – When she is the youngest and belongs to “Female Category” in the best motivational speakers in India. Her path towards motivational speaking started when her neighbour Dr.Niranjan Patel introduced her. Now with some of the big companies in her bag like Airtel,Colors TV, etc. she is doing quite well in what she does. You can get a look at her Youtube channel to know why people say “When Priya speaks, people listen.” One of her books ‘The Calling’ has also gained popularity among many. We root for Priya!

Sandeep Maheshwari- If you are interested in motivational quotes then Sandeep Maheshwari can be a greater inspiration for you. With 13 Million subscribers on YouTube he makes life easier to understand with his speeches. He is the founder of ImageBazaar with India’s biggest collections of images. The key to his success is that he learnt from his failures until he was trying to become something till he attained the age of 28. There is inspiration in everything he has learnt from.