I, My shadow and My soul.

Let’s not talk about big things here cause

Let’s talk about small things of how

Blood seeped through the victim’s mouth.

‘I’ the witness says the blood was black

(It was mixed with charcoal from the shut down factory).

And there was a wound in the chest that showed

Reason being a cup of chai that would cost Rs. 150 at the elite restaurant.

‘My shadow’ sees something else.

It sees how the man was scared of darkness

And craved for a lightbulb; one that might help his son study

And stop his wife from putting extra salt in the dal.

(She can’t see in the darkness and extra salt cost half his wages).

But here comes ‘My soul’.

It sees something more uncanny.

The widow mother worshipping at the village temple,

Her forehead smeared with ashes from the agarbattis.

And her only saree being torn at lot many places, also being

Burnt by the diyas.

It sees how his mind engulfs in shades of isolation and

Darkness and depression and morbid ideas.

A man bleeds to death, his chest stabbed.

But wasn’t it the most obvious thing that he would

Have craved for- death?

So let me quote it again folks.

A suicide happened at dusk by the old town road 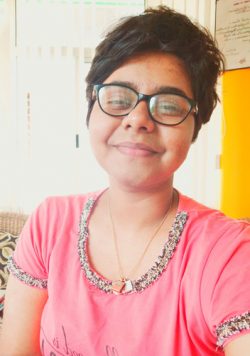 An introvert mojo chasing my passion of writing. Basically a hippie mind with a basketful of...