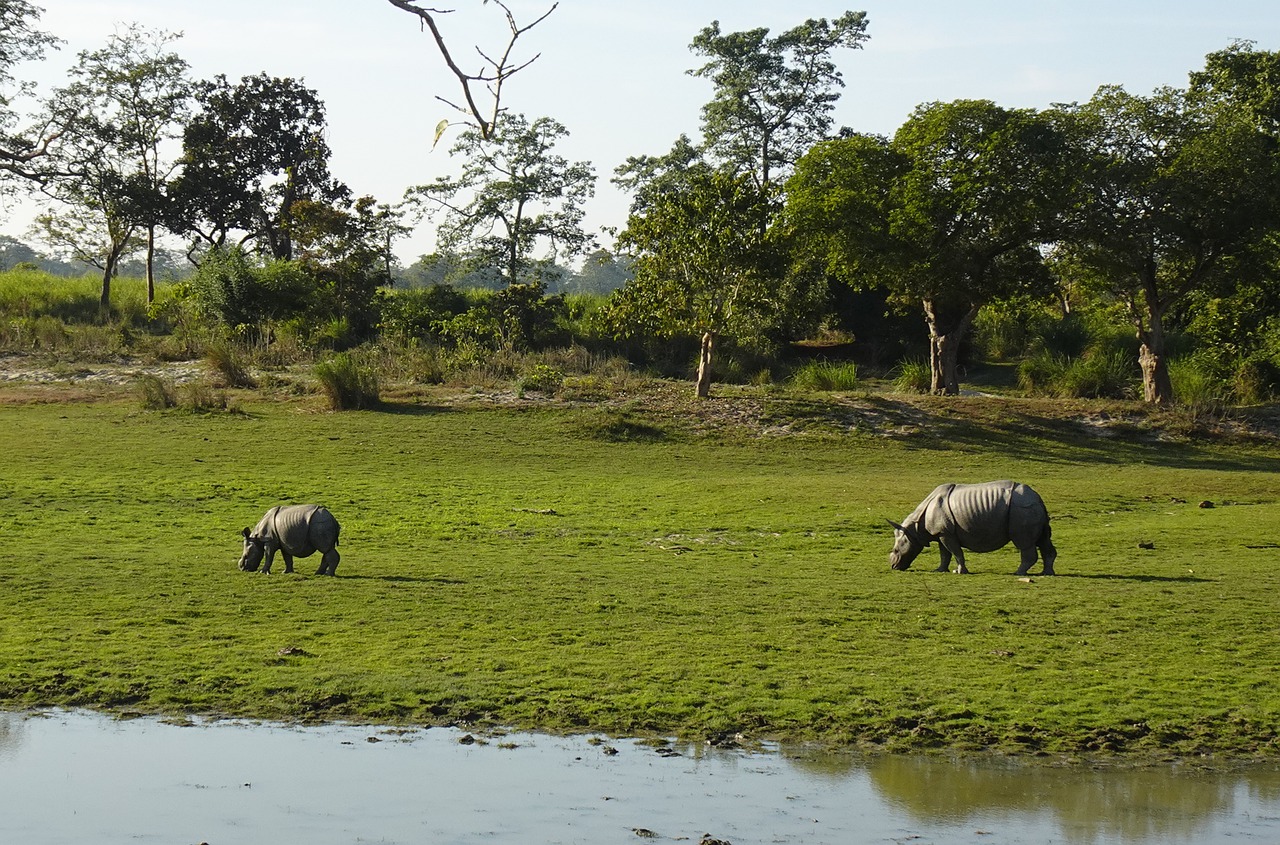 Below is the list of National parks in Assam, It is advisable to contact the National park authority about the opening and closing dates and timing of parks before visiting any of them. as these dates keep on changing every year depending on weather

It is the most famous national park in Assam. Every year from November to April, which is the best time to visit Kaziranga, a good number of locals and tourists visit this park and enjoy the beautiful environment around. They do jeep safari, elephant safari, stay in the nearby resorts and cottages, eat local cuisine foods and explore the vivid biodiversities. Kaziranga National Park is the home to the world famous one horned rhinoceros and the Indian tiger. With a wide variety of birds and animals- swamp deer, elephants, wild buffalos, Chinese pangolins, Bengal foxes, hoolock gibbons, civets, sloth bears, leopards, flying squirrels and migratory birds this national park has been declared as a world heritage site. Along with this many rare trees, orchids, medicinal plants are also there in Kaziranga. There is an orchid garden nearby which is a must visit when you visit Kaziranga. Click to read about  a traveller experience in kaziranga

This national park of Assam is located at the extreme western part of the state. It is Kokrajhar district of Assam and covers an area of about 422 km2. It was declared a national park very recently in the year 2021. It is mostly known for the presence of the rare butterflies in the park.

Manas National Park is a tiger reserve, an elephant reserve and a biosphere reserve in Assam. It is also famous for the golden languor and some endangered species of birds and animals of India. This national park in Assam is a UNESCO Natural World Heritage site and is one of the most well maintained parks in India. Best time to visit Manas National Park is from October till April. The Manas river near the park is a major tributary of the Brahmaputra river that adds on to the beauty of this national park.

Nameri is situated in the Sonitpur district of Assam, about 200km away from Guwahati city. This national park and forest reserve is known for the animals and birds found there. Elephant, leopard, tiger, wild pig, sambar etc are found there. River Jiabhorolu passes through Nameri and enhance the beauty of the park. Varieties of fishes are found in this river. Many local people from the nearby villages catch fishes in the river and earn their living. 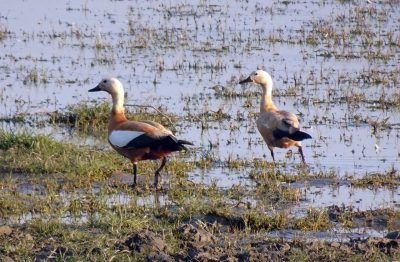 Assam’s national parks are the home for migratory birds

Orang National Park is situated in the northern bank of Brahmaputra river and covers area in both Udalguri and Sonitpur districts. Orang is called the ‘Mini Kaziranga’ for the reason that these two national parks are similar by their landscapes. One horn rhinoceros are also found in this Assam national park.

With an area of about 765 km2, this national park in Assam falls in the districts of Dibrugarh and Tinsukiya. It is an identified important bird area (IBA) and is mostly famous for the rare white-winged wood ducks and feral horses. It was declared a national park in the year 1990. It is one of the best destinations in Assam to visit mostly in the months of October till April. Travellers who love to explore jungles and adventurous trips can visit this land. This is also an ideal place for the bird lovers. There is provision for outdoor tours, bout tours etc. in the national park.

Assam’s 7th national park, Dihing Patkai is located in the Dibrugarh and Tinsukiya district of Assam. It covers an area of 231.65km2. In the year 2004 it was declared as a wildlife sanctuary. Later in the year 2020, it got declaration as a national park by Govt of Assam. This Assam national park is rich in biodiversities. Dihing Patkai is home to many rare species of birds and animals like languor, slow loris, macaque, hoolock gibbon and also different types of mammals, reptiles and butterflies.

Below are few facts about the national parks in Assam.

How many national park in Assam ?

There are total 7 National Parks in Assam.